Bounce Crates are a type of crate that give Crash ten Wumpa Fruit (or 8 depending on luck in the first game), and award less than ten Wumpa Fruit in the racing games. They were first introduced in Crash Bandicoot, although in Rolling Stones the first Bounce Crate gives Crash a Doctor Nitrus Brio bonus round piece instead of the tenth Wumpa Fruit, and in the Tawna bonus round of Up the Creek, one of these gives Crash a 1-up instead of the tenth Wumpa Fruit. In Crash Bandicoot and Crash Bandicoot 2: Cortex Strikes Back, Crash bounces on this crate ten times and gets one Wumpa Fruit for each jump. As of Crash Bandicoot: Warped, Crash bounces on it five times and gets two Wumpa Fruit for each bounce. In Crash Team Racing, Crash Nitro Kart, and the Nitro-Fueled remake of Crash Team Racing they are known as wumpa crates and give the player some Wumpa Fruit, which grant a weapon upgrade to all weapons if 10 are collected. In Crash Nitro Kart, three to eight Wumpa Fruit will be awarded when the crate is broken, depending on parameters such as placement and track progression. In Nitro-Fueled, four to nine Wumpa Fruit will be awarded based on luck. The more Wumpa Fruit a player has, the faster the players' kart will go.

In Cortex Strikes Back, if Crash body slams one of these crates, the crate breaks and he gets one Wumpa Fruit. In Crash Bandicoot: Warped, body slamming on the crate will cause the crate to break and Crash will be awarded with two Wumpa Fruit. In later games, no fruit will be awarded when the crate is body slammed. Jumping and body slamming are the only methods of attack that can give the player fruit. In all games, other methods of attack, such as spinning or sliding, will cause the crate to break with no fruit. This, however, only applies to platforming levels. When Crash or Coco is riding a vehicle or animal, attacking the crate will usually award the player with all ten Wumpa Fruit inside.

In Crash Bash, they can be seen in the background of Pogo Padlock, but serve no purpose in the game. They look like Basic Crates in the GBA version of Crash of the Titans. In the Crash Bandicoot N. Sane Trilogy, they function the same way they did in the first three games, but unlike the original bounce crates, the Wumpa Fruit can be seen inside the crates before the crates are opened. Furthermore, they are broken after five bounces in all three remastered games, whereas this only applied to Crash Bandicoot: Warped in the originals.

In Crash Team Racing, Crash Nitro Kart, and Nitro-Fueled, they give a racer Wumpa Fruit when broken.

"Like arrow boxes, bounce boxes can be jumped upon several times to earn multiple prizes. They look almost like regular boxes except..."

"Like Arrow Boxes, Bounce Boxes can be jumped upon several times to earn multiple prizes."

"Always good for a boost to reach those high areas, not to mention all the fruit they give if you keep jumping on them. Spinning on them will leave you with nothing!"

"Always good for a jump boost to reach those high areas, not to mention all the fruit they give if you keep jumping on them. Spinning them will leave you with nothing!"

"These crates full of wumpa will help you get juiced quick! Run through one to pick up a bunch of fruit. Wumpa crates are unmarked."

"If broken, it does nothing. If jumped on or head butted, it will give you two Wumpa for each hit." 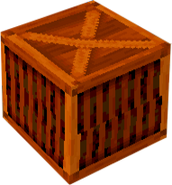 A Bounce Crate in Crash Bandicoot 2: Cortex Strikes Back 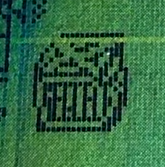 A Bounce Crate in Crash Bandicoot for the 99X

A Bounce Crate in Crash Bandicoot: The Wrath of Cortex

A Bounce Crate in Crash Bandicoot: The Huge Adventure 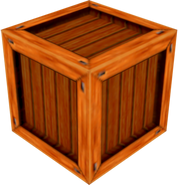 Renders of various crates from the Japanese Twinsanity manual 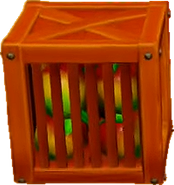 A Bounce Crate in the Crash Bandicoot: N. Sane Trilogy 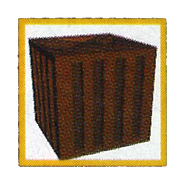 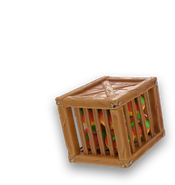