Break all of the boxes in a level to earn a clear gem.

Not to be confused with the titular hazards.

Boulders is the fourth level of the first island in Crash Bandicoot and the N. Sane Trilogy remake of the first game. It is notable as the first chase styled level in the Crash series, in which Crash must outrun multiple boulders that chase him. The Tawna bonus round in the previous level, The Great Gate, saves at this level.

Throughout the course of the level, Crash must run away from several large spherical boulders. If he is too slow, he will be crushed. Each boulder starts rolling from the top of a bridge-like tunnel. It is stopped either by smashing into the wall of the next tunnel along the way or by plunging down a hole. There are no enemies in this level apart from the boulder. However, there are several wooden obstacles along the way which will slow Crash down if he runs into them.

The level is extremely linear; the camera, however, is pointing towards Crash's front-side throughout. Players must run toward the screen, an unusual departure from the first three levels. This seems to be acknowledged by Naughty Dog, as players are pointed in this new direction at the start of the level by an arrow made of Wumpa Fruit. The camera angle means that players cannot see what obstacles lay ahead of them until the last second, giving them little time to react. Following Wumpa Fruit will make sure Crash avoids the wooden obstacles, however.

If all 16 crates are broken and the level is completed without dying, Crash will be awarded a clear gem. Crates cannot be smashed by the boulder, as it bounces over them, although this issue was fixed in the N. Sane Trilogy. 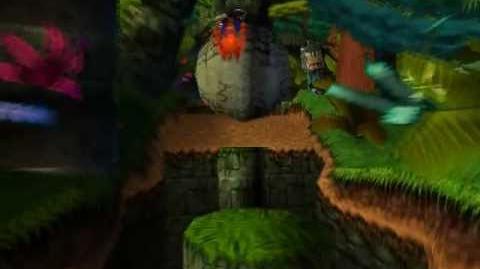 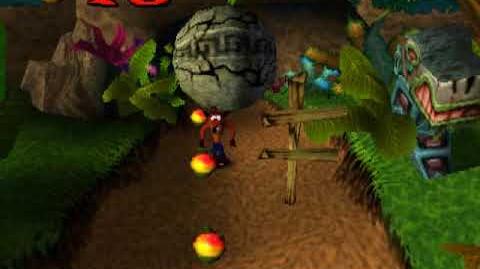 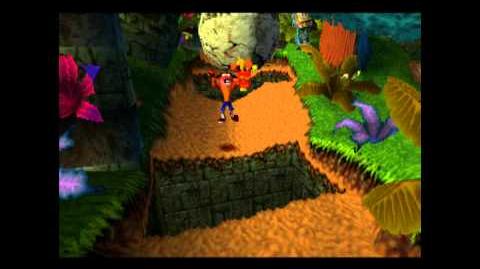 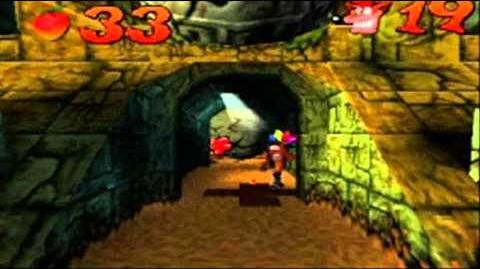 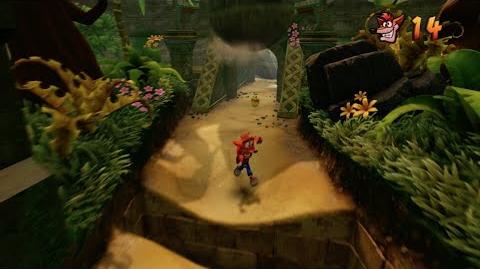 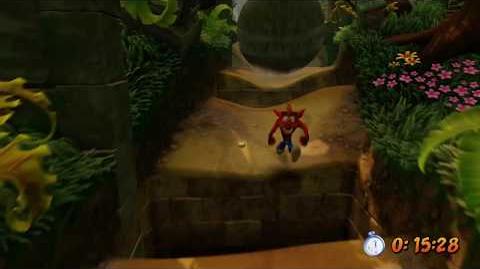 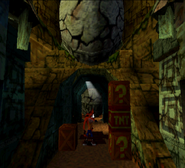 Coco in the level in the N. Sane Trilogy.