Unlock a new path by earning the red gem elsewhere.

Bone Yard is the fourth level of the first warp room in Crash Bandicoot: Warped and its remake in the N. Sane Trilogy. The title of this level is a play on the phrase "bone yard", an informal term for a cemetery due to its setting in the prehistoric past.

Crash finds himself whisked away to an underground swampy forest in the distant prehistoric past, an era still ruled by the dinosaurs. Reigning supreme among the beasts is a fearsome herbivore, the triceratops, which will relentlessly chase Crash through some sections of the level. Other obstacles to avoid include pterodactyls, wave lab assistants, mini-volcanoes, puddles of magma, and vegetation that will slow down Crash.

If the player has retrieved the red gem from Deep Trouble, they can take the red gem path here for a hidden second clear gem. Retrieving it will require the player to survive some particularly tricky chase sequences. However, considering Deep Trouble's placement in the third warp room, it should not be a particularly harrowing excursion for the marsupial by that point in the game. 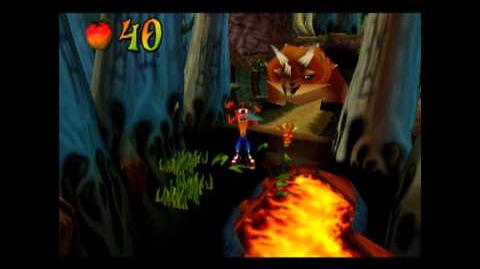 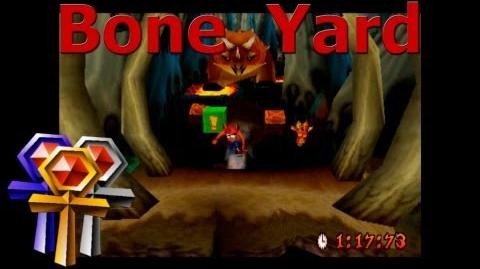 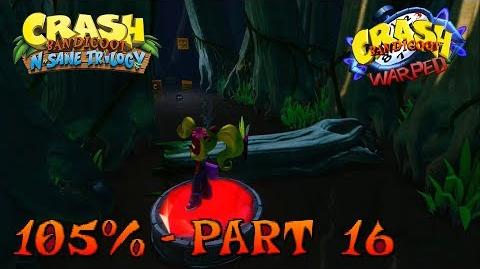 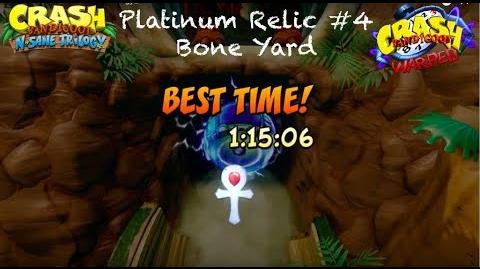 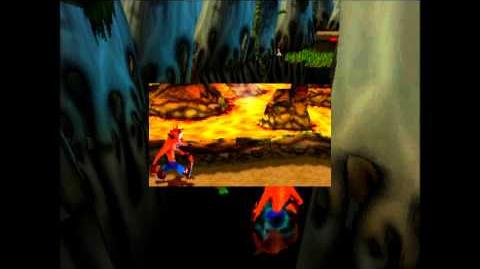