A special gem lies beyond a clever deception.

Bee-Having is the twentieth level and the final level of the fourth warp room in Crash Bandicoot 2: Cortex Strikes Back and the N. Sane Trilogy remake of the second game. It is similar to Diggin' It, featuring the same enemies, but this time the bees attack Crash in swarms. As it is almost impossible to take out an entire swarm with one attack, Crash will have to take advantage of his ability to spin into the magenta patches of soil throughout the level. If he succeeds in taking out an entire swarm with one single spin, he gets a 1-up, but not if he spins the swarm while underground, nor if the attempt costs him an Aku Aku mask.

Crash can find the purple gem here, in one of the more unusual secrets in the series. Players will encounter a staircase fashioned from nitro crates, but they do not actually make the player lose a life upon contact and are unbreakable. Instead, they warp the player to a secret route. The secret path is quite dangerous; like in Un-Bearable, the route is compact with hunter lab assistants, metal-plated armadillos, and active nitro crates. However, the purple gem is oddly situated early on in the route, and the route has no crates, meaning the player can die and retain the purple gem and thus avoid traversing the entire route without consequence. Compared to Diggin' It, the clear gem is simple and straightforward to obtain. 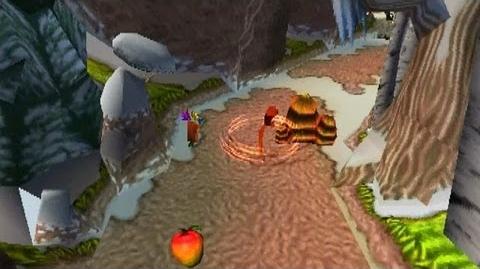 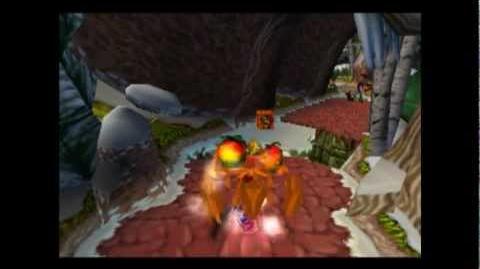 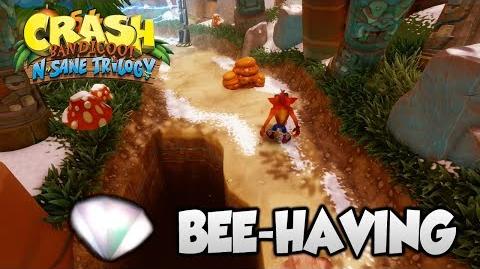 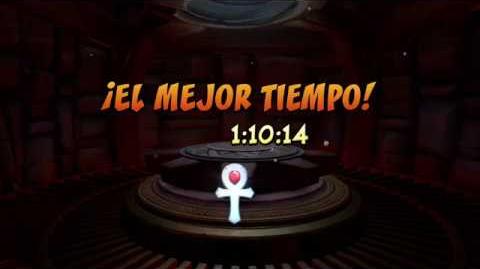 Crash swelling up from bee stings