Tap run for extra speed at the cost of control.

Bear It is the eighth level and is the third level of the second warp room in Crash Bandicoot 2: Cortex Strikes Back and the Crash Bandicoot N. Sane Trilogy remake of the second game. This level introduces Crash to his first ally in the game, Polar, a polar bear cub that he can ride. This gameplay idea is very similar to the hog-riding in the levels Hog Wild and Whole Hog of the previous game in the series. The bear/bandicoot team is tasked with dodging totem poles, seals, killer whales, and TNT crates in a snowy valley climate.

It should be noted that because this level is specially scripted for Crash only, it is one of the levels that Coco is not allowed to visit to in the N. Sane Trilogy remake, also barring her from Bear Down, Un-Bearable and Totally Bear. 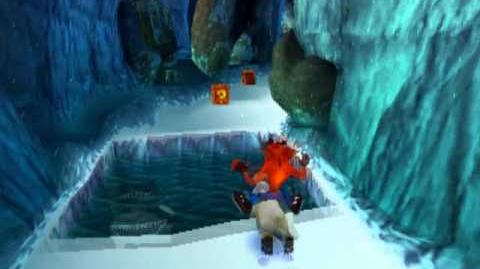 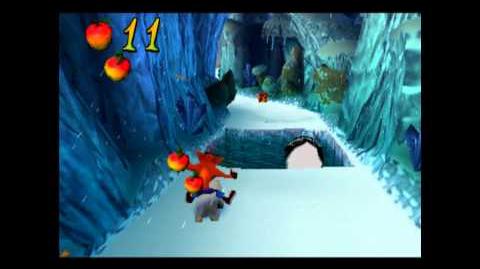 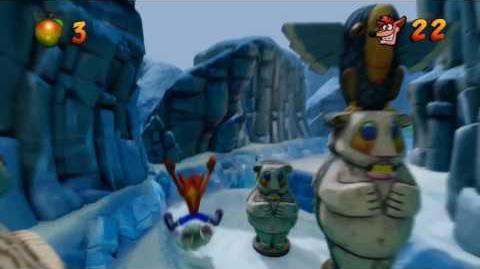 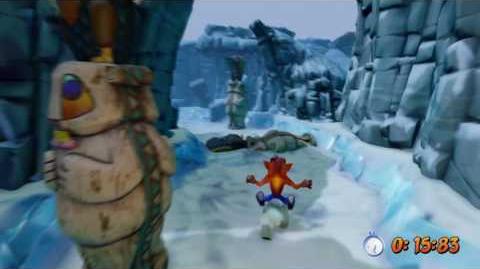 Crash raising his eyebrows to the viewer before starting