Tap run before a jump for greater distance.

Bear Down is the thirteenth level and the third level of the third warp room in Crash Bandicoot 2: Cortex Strikes Back and its N. Sane Trilogy remake. The level plays similar to Bear It, where Crash rides on Polar and must maneuver him through a path of obstacles and enemies.

The level takes place during the evening rather than during the day, and there are also more pits and obstacles that Crash and Polar must navigate around. The parka lab assistants are new enemies introduced in this level. They lift a row of iron crates and drop them every few seconds, and can possibly trip Crash. The main objective of this level is to make it to the end of it without running into any enemies or obstacles. Since there are no Aku Aku masks in this level, Crash cannot hit any of the enemies that are scattered around the course, or he will die.

Crash can give Polar a speed boost by pressing

, which allows him to reach higher crates and make long jumps. However, if Crash goes too fast with Polar, then he is more likely to hit an obstacle. Crash also has to be careful of the TNT crates around the level, as they will count down as soon as he gets near them.

At the end of the level, Polar will launch Crash across a giant chasm, placing him in front of the exit to the warp room. Alternatively, he can jump on a group of platforms behind him to warp to the secret warp room. This opens up the Air Crash alternate route, allowing him to get the crate gem there. The platforms in Bear Down will eventually sink once jumped on. 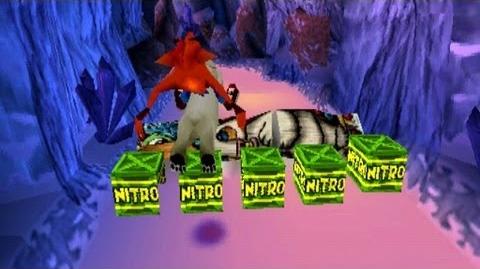 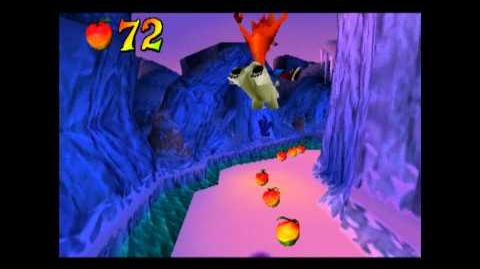 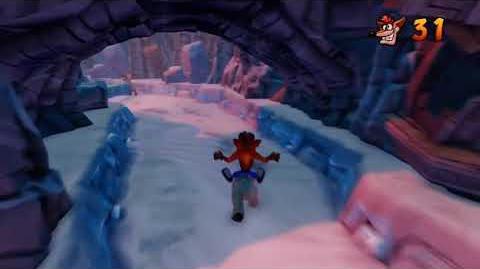 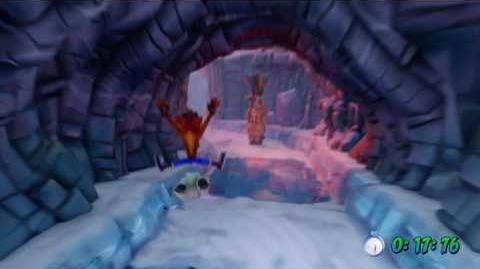 These are the different enemies and obstacles that Crash and Polar face while traveling through this level. Since there are no Aku Aku masks in the level, Crash cannot afford to hit any of the enemies, as they will cause him to instantly die.

Crash dodging an Orca while jumping over a chasm

Crash jumping on the icebergs towards the secret Warp Room