Deep Sea Driving
Barin Ruins is the fifth race course and the second race track to take place in Barin during Adventure Mode in Crash Nitro Kart. It appears to be set within stone ruins that still have some function as boulders are thrown at racers if they are too far behind. Another obstacle that appears in this track are large working robots that pace back and forth across the track, carrying boxes. The robots will spin players' kart out if they run into them. This track is used in the Nitro Cup and the Blue Gem Cup (along with Clockwork Wumpa and Electron Avenue).

Strangely, the track is already available when Barin is first loaded, meaning that players have the option to complete this track and then do Meteor Gorge.

This track returned in Crash Team Racing Nitro-Fueled. The tunnel section no longer features anti-gravity, and the entrance to it has been given a new design, resembling Nash. 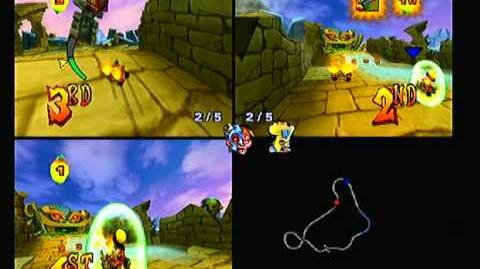 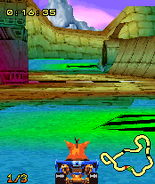 Barin Ruins in the N-Gage version of Crash Nitro Kart 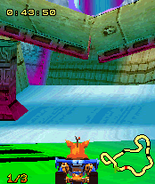 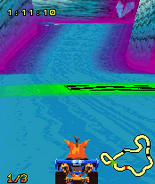 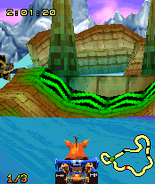 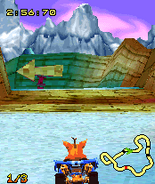 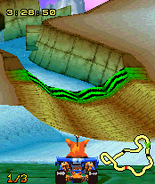 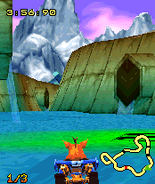