Ballistix is a genre of minigames in Crash Bash. In Ballistix levels, the player must use their hover ship to block and deflect steel balls into the opponents' goals. The balls are released into the arena and gain speed as the level progresses. When playing in team mode, players are still able to deflect balls into their partner's goal.

The gem challenge of Ballistix generally involves the player starting with less points (for example: in Crashball players start with 9 instead of 15 points). In two-player mode, points are shared between teammates, with the CPU team starting with more points that the human team.

In battle and tournament modes, the Ballistix minigames are available from the beginning. 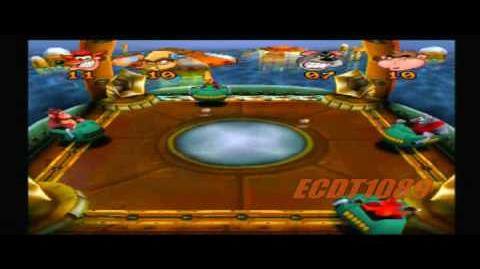 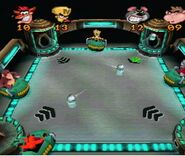 Crash and Dingodile vs. Oxide in the final boss fight.