Bandipedia
Register
Don't have an account?
Sign In
Advertisement
in: Crash Bandicoot: The Wrath of Cortex, Levels, Snow/Ice Levels,
and 3 more
English

Droid Void
Avalanche is the sixteenth level and is the first level of the fourth warp room in Crash Bandicoot: The Wrath of Cortex. The level takes place in an icy mountain ski resort world surrounded by blizzards, warm houses, Eskimos, and skies. As its name suggests, an avalanche disaster happens here. It is the first time in the game that Coco uses her snowboard. The enemies in this level are the same that appear in Arctic Antics. Along with the clear gem awarded for breaking all boxes, an extra clear gem can be awarded by passing between all red and yellow flags during the avalanche section. 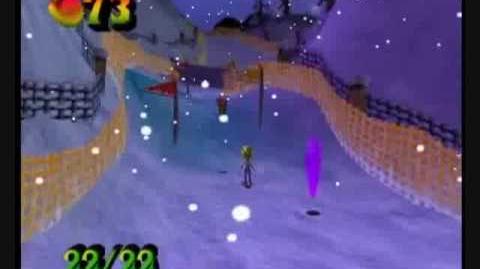 Concept art of Crash on a snowmobile in an early version of the level.