Barriers mark where the road has fallen away.

Area 51? is the twenty-eighth level and is the third level of the secret warp room in Crash Bandicoot: Warped and its remake in N. Sane Trilogy.

Area 51? is unlocked after collecting 15 relics from time trials. This level sees Biker Crash back on the American highway back in the 1950s in the dead of night. It requires Crash to use his headlight to see, making visibility poor. This race is also against UFOs and cops actively driving down the highway to try and stop him.

Just like the other motorbike levels, Coco cannot visit this level in the N. Sane Trilogy version. 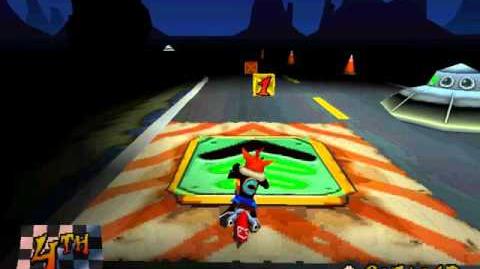 Area 51?- Getting both Gems and a Platinum Relic at the same run - Crash Bandicoot 3- Warped 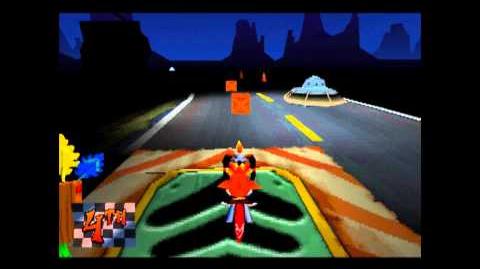 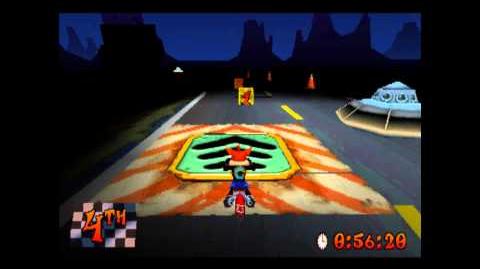 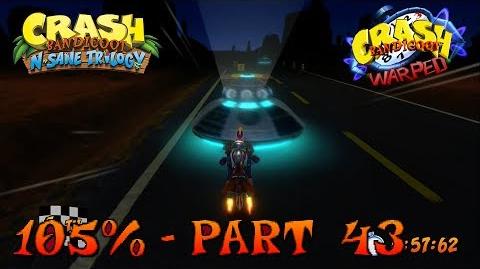