Bandipedia
Register
Don't have an account?
Sign In
Advertisement
in: Crash Bandicoot: The Wrath of Cortex, Snow/Ice Levels, Levels,
and 3 more
English

Tornado Alley
Arctic Antics is the first level of the first warp room in Crash Bandicoot: The Wrath of Cortex. It takes place in an icy village in the Arctic, filled with seals, penguins and skiers. There are also woolly mammoths that are located near the end of the level which if hit, give the player an extra life. The blue gem can be obtained in the death route. However, if Crash loses a life outside of the death route, he cannot go into the death route to get it, as is the case with all death routes. A way to make the death route less challenging is to hit the Nitro Switch before going into it. That way, the player can traverse it with no Nitro Crates. This can be done in most levels in the series, with the exception of Tsunami. 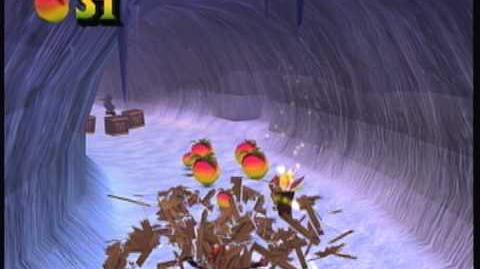 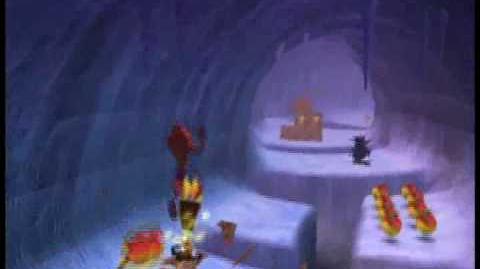 Crash Bandicoot 4 - How To Get The Blue Gem In Artic Antics
Blue Gem.