The yellow gem path has Crash flying the space motorcycle through space. This path is necessary for both clear gems, as it contains a clear gem, as well as 85 crates and is therefore, also necessary for the box gem. To reach the yellow gem platform, Crash must fall down a pit in the middle of the level with wumpa fruit leading the way, and then continue to move to the right with several long jumps that require either the double jump or death tornado spin. 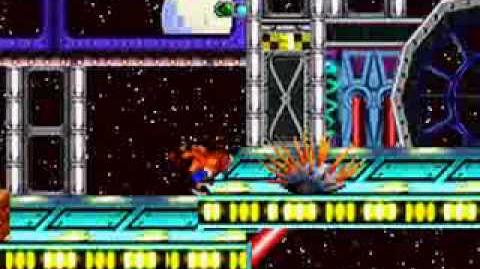