101 Arabian Kites is the twenty-third level and the second level in the fifth warp room in Crash Bandicoot 2: N-Tranced. It is unlocked when Crash has collected all four green gem shards, and has defeated N. Trance. It also has the same setting as Rock the Casaba but during the day. There are arsonists in this level and lab assistants shooting lasers (which is more futuristic than Arabian).

As there is no crystal, time trial mode is available once Crash has completed the level with the green gem. 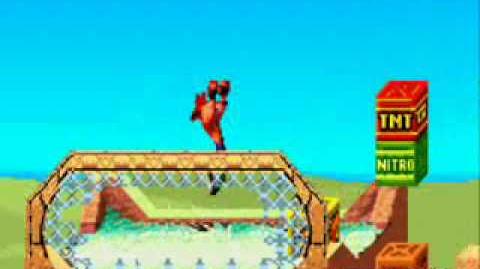